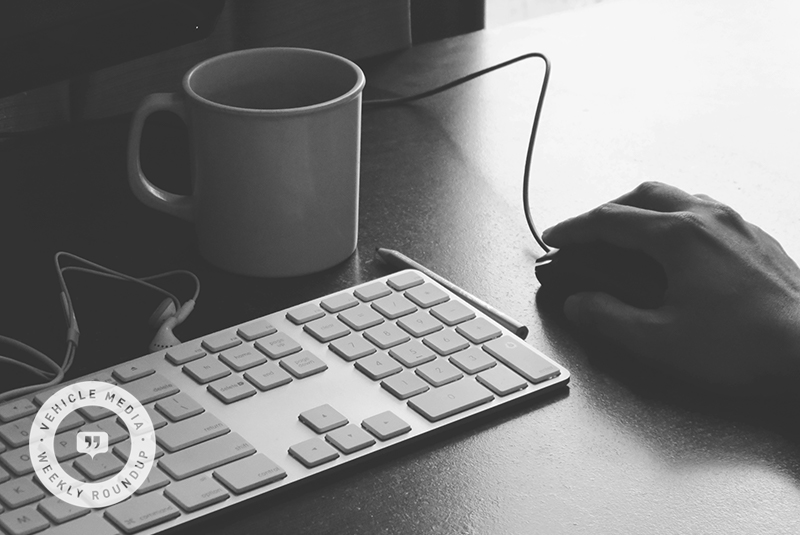 Welcome to our industry news roundup, where the rubber meets the roadmap.

We were warned: Google announced at the end of 2016 that it would begin penalizing websites with “highly annoying, misleading, or harmful” ads, and with a recent mass-send of warning emails from Google to offending ad publishers, the time for reckoning seems to be nigh. What sort of ads will be thrown in this noxious bucket? Google says it’s based its criteria on surveys and user feedback, and points fingers at popups, autoplay videos with sound, and “too many ads at once” on websites, as well as any ads that could be deemed dishonest or misleading.

10 Second Tip:  Many businesses already avoid the big offenders on Google’s list for the exact same reason Google cites: they just tend to annoy people. But as with any Google algorithm update, it’s possible some well-intentioned outliers or fence-straddlers could get penalized along with the true outlaws. Some design features intended as “intro offers” or “splash pages” may get categorized as popups and affect a website’s ranking if you don’t check Google’s guidelines carefully.

Test Drive: Hopefully, this requires no action from you. If you know you don’t run any spammy ads, take a quick look through your website to make sure no autoplay videos or popup features lie forgotten and waiting within. Otherwise, sit pretty while the bad actors take their lumps.

The End of Empty Clicks

This one should get a ‘hallelujah’ from Facebook ad marketers everywhere: Facebook has announced that it will no longer charge advertisers for “accidental” clicks on their ads. This decision is a long time coming, as businesses have long complained that the “clicks” Facebook charges them for through Facebook Ad Manager haven’t always matched up with website visits. That’s because every mistaken swipe or click has been counted as equal to a full conversion action, even when a user immediately closes out of a window or undoes the action taken. Now, if a user bounces from a page or reverses their action within 2 seconds, businesses will no longer be charged for those results.

10 Second Tip: According to Facebook, most ad publishers don’t see a significant amount of accidental clicks, so this shouldn’t affect ad results significantly for most businesses–though your campaigns may get slightly cheaper.

Test Drive: If your Facebook ad performance does change dramatically in the next few months, it might be time for a rethink of your strategy: past results may have been bolstered more than you thought by these ‘ghost clicks,’ and that may signal you’re not appealing to your audience in the right way.

Maybe you look forward to it every year, maybe you’re so embarrassed by it you’ve removed your birthday from your profile–either way, a whole heck of a lot of people wish each other happy birthday on Facebook every day. To combat our desensitization to this notification-prompted outpouring of goodwill, Facebook will now be rolling out new customized friend Birthday Videos. Much like the auto-generated “friend anniversary” posts Facebook creates to celebrate the anniversary of friending someone on Facebook with a collection of all your joint photos on the network, the birthday-themed videos will deliver well-wishes along with your photos together in a montage. The social network will also be adding a new Fundraiser option for those who’d like to use the opportunity of a birthday to raise money for a cause.

10 Second Tip: These capabilities aren’t likely to be rolled out to Facebook business pages, but 45 million birthday wishes does sound like an opportunity for someone out there. Sellers of online giftcards would probably do well placing Facebook ads in feeds for users who might be wanting to send something that stands out from the pack, for instance.

Test Drive: The new Facebook Fundraiser function may be an interesting way to engage with follower communities while donating to charities. It remains to be seen how exactly this feature will work and whether it will be practical for company pages to interact with, but it’s a trend worth keeping an eye on.